Why do I play Bach？

Getting to know Bach

When I was a child, I was already fond of Bach's music. I hated Czerny's and practiced it only reluctantly but I really enjoyed practicing Inventions & Symphonias. I was attracted by polyphonic music in which multiple melodic lines are entwined intricately instead of simple homophonic structure consisting of melodies and chords. Particularly eye-opening were "Partitas" played by D. Lippati and "Italian Concerto" by G. Gould which I played in a recital when I was of elementary school age.

The ever-changing chords and tonality are some of the allures of Bach's music in which melody patterns of similar configurations often present themselves under different tints. I have been very fond of "sequences". Although expressive sequences are seen even in Mozart's piano concerts or Wagner's works, Bach's works are full of sequences because they are often inherently incorporated in the system of Bach's music,including most of is passing passages.

In retrospect, I have played Bach's music at every momentous step in my caeer. I played Bach in my first appearance on a TV program in my childhood. I played "Partita No. 5" at the recruitment exam of Professor Yoshie Kohra, my former teacher. If she had not accepted me as a pupil at that time, I would not be who I am now. Later, I played "Chromatic Fantasy and Fugue" for a scholarship to study in Germany.

The twin jewels of Bach's keyboard works are "Goldberg Variations" and "Well- Tempered Clavier 1/2". "Goldberg" is a piece into which Bach's genius is miraculously condensed. Since I heard the recording of the piece by G. Gould, I hoped to play it in due time. Wehn I played it in my recital about 10 years ago, and I became really overwhelmed by its elaborate and logical structural beauty. I felt euphoric just reading and analyzing the score. I would highly recommend all piano learners to challenge it.

"Well-Tempered" is the most enjoyable work to play because of its wide varieties in tonality, character, and style, together with the distinct contrast between preludes and fugues in each piece. Bach's other three suites are also fine but it is necessary not play monotonously due to their lack of variation in tonality.

An often asked question is whether there is a denominator between Bach's music and contemporary music because I have played both in the past. It may not be necessary to correlate them but suffice to say that there may be some common factors. Schönberg's works are mostly contrapuntal and Stockhausen employed contrapuntal technique occasionally, for example. Both are logically beautiful in nature, but there is often an unfortunate dissociation between logical beauty in composition and acoustic impression in Stockhausen's works, while they are in perfect accordance in Bach.

Although modern pianos were not available in Bach's era, I believe that his keyboard works have very good chemistry with modern pianos. Chopin wrote music exclusively for modern pianos. Bach also wrote some works with "pianistic language" in mind and they had influence over Chopin’s works such as his Etudes. Bach transformed many works such as chorales, baroque concerts, passions, and trio sonatas into keyboard works. These would be perfectly suitable for modern piano which is often called an orchestral instrument. Pianists have wide room for creativity in their performances.

Piano sonatas by Beethoven and Mozart also have orchestral aspects. Well- Tempered Clavier II by D. Barenboim was very colorful, almost as if it were an orchestral work. However, a contrary approach may be possible - an approach that emphasizes mathematical and abstract beauty while restraining the colorful aspect of the music, an inclination that is seen in "Well-Tempered" by G. Gould.

In Bach's era, the principal keyboard instruments were the organ and harpsichord. With harpsichord, essentially lacking dynamic control, the player has to add expressions to the music through the use of agogics, rubato and other temporal parameters. The lavichord, capable of dynamic control and compatible legato technique, was already available those days, but it was not widely used because of its relatively small sound. The piano in which the player has full control of dynamics, is the best instrument for Bach's music. I believe Bach's music is better expressed to its utmost extent on piano in the mode of technique and expression different from his days.

On the repeat in Bach's works

An repeat is designated at the end of the first half and the second half of Bach's suites, Goldberg, and a part of Well-Tempered (in particular the preludes of Book 2). To repeat or not may be a question, although there is a dogged opinion that following the repeat is a must. I feel that it should be at the discretion of the pianist, particularly in the suites. In Bach's era, the opportunity to hear the same music many times was so infrequent that it must have been necessary to repeat the phrases in order to impress them to the audience. Nowadays, with much more frequent chances of attending concerts and the availability of electronic devices, pianists should repeat only when they feel that repeating enhances the artistic experience. 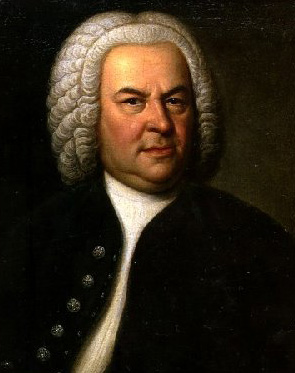 Gould has eliminated religious elements nearly completely from Well- Tempered and thus, I feel, has transmuted it or made it less artistic On the contrary, as for Goldberg, his approach of emphasizing mathematical integrity over religious aspects seemed to be successful in maximally eliciting the value of this great work.